The pacific northwest is dotted with hydro projects both large and small and it’s sometimes hard to believe construction began for several as early as 1911. This past Saturday we decided to focus on the Lost Creek reservoir and the William Jess dam.

The weather, unfortunately, didn’t cooperate at all. Well, that’s not entirely true. For walking across a big earth and rock-fill dam it was perfect. For taking pictures while keeping the camera dry, not so much. I suspect i need to work out some kind of golf umbrella arrangement that will keep the rain off my camera after i crash through brambles and willows in the hunt for whatever scene i’m chasing. 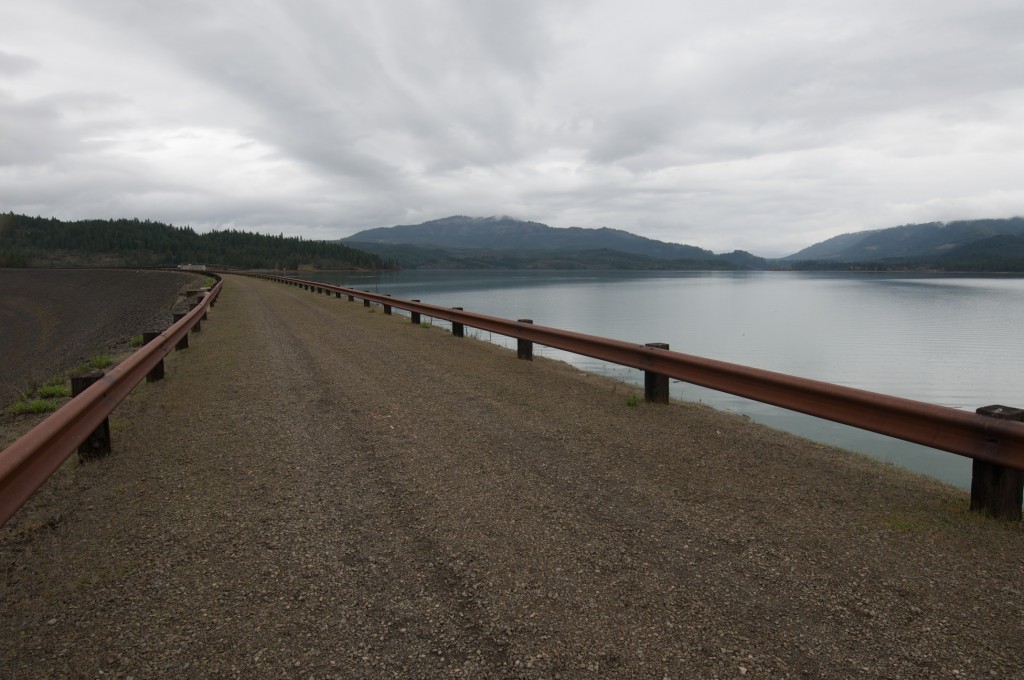 Browns and grays and greens. 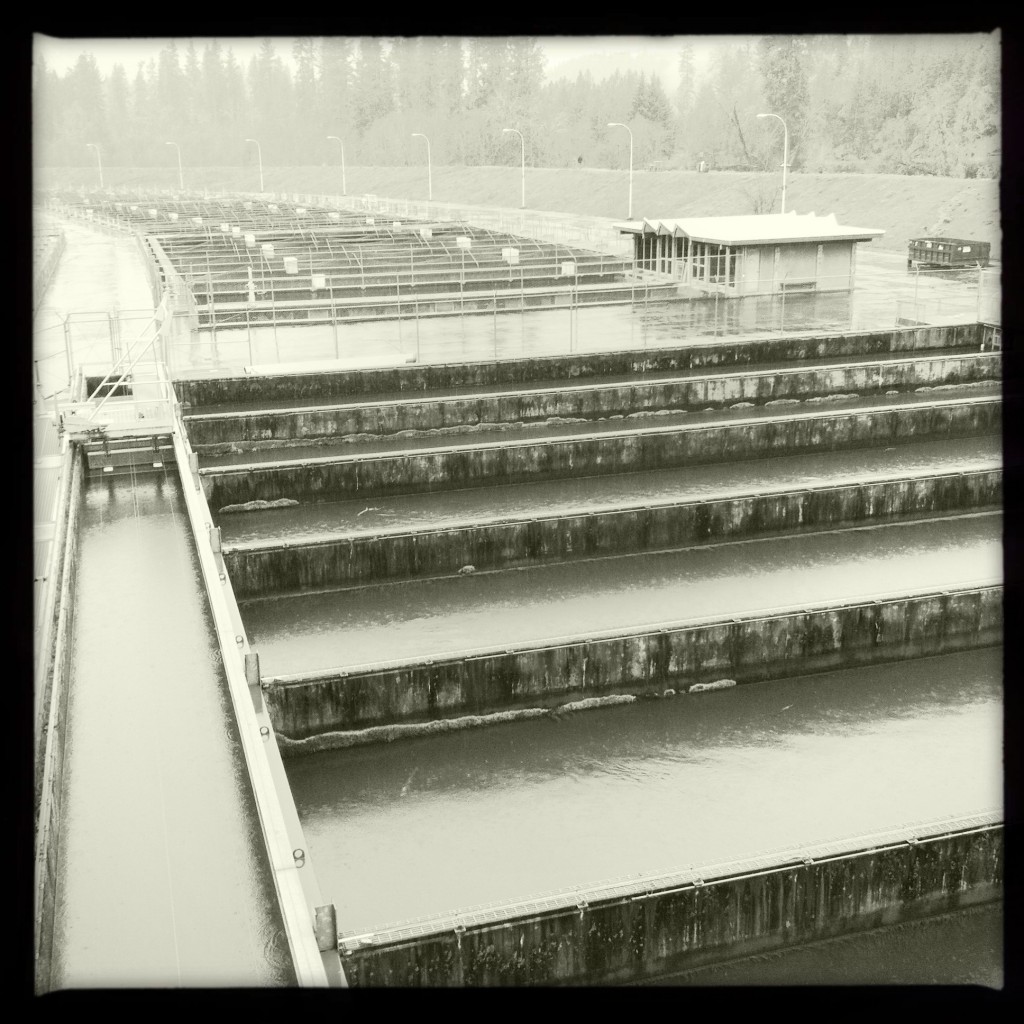 The rain eventually ramped up from a gentle sprinkle to a dark soaker with no end in sight, so after driving out a ways beyond the end of the paved roads, we opted to move on, further up 62 towards Crater Lake.

However that plan was scuttled by even harder rain and, when we tried exploring one of the many forest roads, snow. Hardly a mile off the main road we were stopped by rutted snow and boggy road shoulders. Turning around was a bit of a challenge (it’s easy to get stuck in ruts when crossing them). Also all the forest service campgrounds are still closed along 62 (even the ones largely snow-free), so we couldn’t even do any pre-season site scoping.

On the way back to the main road we spotted a really nice pine round that had been cut from a large fallen tree, but it proved too heavy to lift into the truck. It could have made a perfect chopping block, but would require three men to dead lift into the back of the pickup. All we got for our efforts was covered in wet sawdust, but that helped us better blend in with the locals when we stopped at the WalMart Super Center on our way back to Ashland.