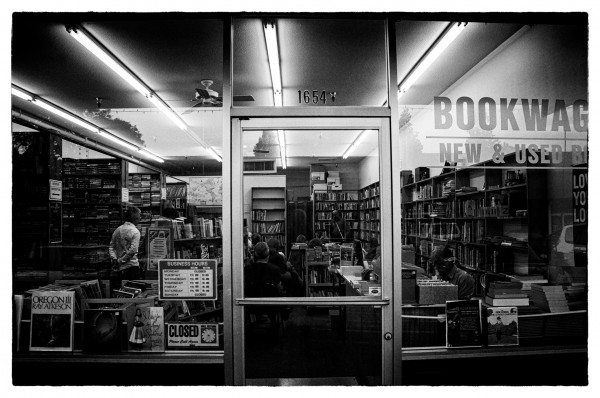 I took some photos at a reading by an SOU prof this evening on the occasion of the publication of New Jersey Noir. A question of “what is ‘noir’?” was asked. For a myriad number of reasons i feel particularly able to answer that question.

First: anybody who is a fan of Joyce Carol Oates needs to do one thing – research where she was born and grew up. If i’m not mistaken, she was born in Lockport, New York; one of the most god-forsaken regions of this planet. The fact she exults the bleak and the miserable with gut-wrenching detail and glee is explained by observing “a bird’s gotta fly.” 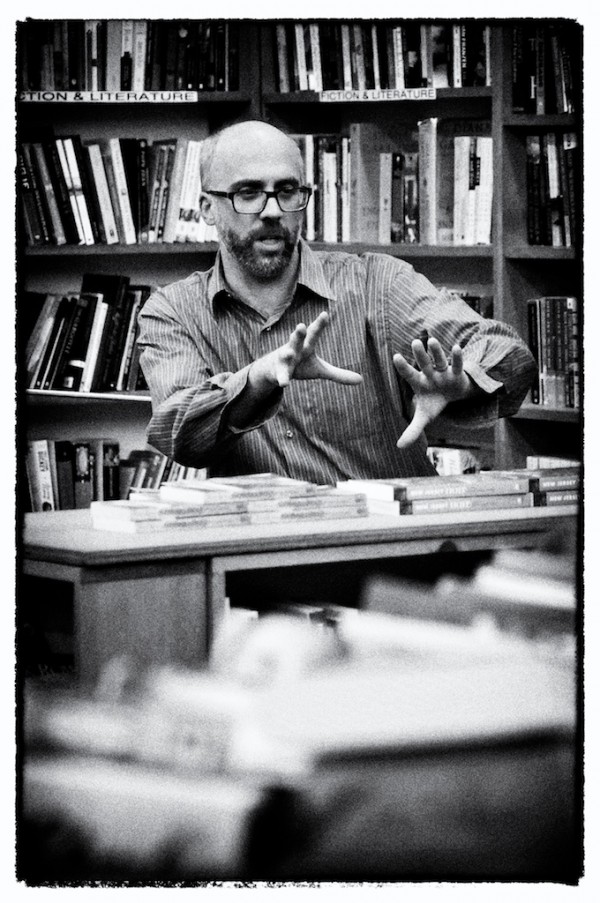 Noir, the genre, from the French “black,” is typified by inhospitable, often brutal settings where characters routinely persue self-destructive, extreme behavior. As a writer Kurt Vonnegut is sufficiently dark, but he is not noir because in noir violence and harshness is the end, not the means. What little redemption available in noir comes usually by the protagonist following an unwritten code of behavior or justice, or simply by being true to one’s nature; the troubled assassin finds peace by abandoning the faux moral code of society and embracing his nature as a killer.

Interestingly noir is largely the opposite of dystopian. In noir the individual, literally often one person, is elevated to a pivotal role in the lives of others despite the fact that character exhibits many of the same characteristics of “the state” exemplified by most dystopian stories. The protagonists of noir murder, lie, torture with the same aplomb as the faceless governments of dystopian tales, but admittedly the scale in noir is a bit more micro in its dealings. Punk Rock owes something to noir.

Not surprisingly, given tonight’s topic, I’ve reached the age of death. One by one, the people i’ve learned from, admired, quoted, tried to emulate, etc., have died. I know, i know, it’s the cost of doing business, we all die. But i can’t help feeling our world is so much diminished by these departures that the vector of civilization will be altered. A kind of global descent toward noir might be coming. Rather than an emerging totalitarian regime—the boot crushing a human face as Orwell warned—we as a species will descend into self-absorbed darkness where the petty squabbles of a handful of actors takes on epic importance for a fleeting moment that dovetails with the next fleeting moment and on and on.

The results are the same: progress as a species comes to a halt. Whether subjugated by a government or tied up in knots fighting our neighbors for teeny victories, the reason we exist which i believe, to keep it short, is to know god, grinds to a halt.